When print labs and album companies describe how spread file should be sized, they often use terms such as "trim" and "bleed". The two concepts are similar but different. It is important to understand the difference so that we can prepare the spread files correctly if you are designing a custom-sized album. If you choose a preset for one of the available album companies, the information in this article does not concern you.

The difference between the two concepts can be hard to grasp, but the most important idea to understand is that both "trim" and "bleed" talk about an area of the spread that will be cut off after printing.

All album spreads are trimmed (cut) after printing. Some album companies ask to add "extra" to account for the trimming; the extra is called "bleed".  Other companies do not ask to add the extra amount around the edges, but they will inform you how much will be trimmed; these companies usually just mention "trim" and not bleed.

In SmartAlbums, only the term "trim" is used. The field  Output Dimensions in the Custom Size window determines the final size of the spread that will be submitted to the album company for printing. The Trim fields do not affect the output size of the spreads; they only affect where the red trim guide is displayed during the design and centering of images on a page.

To make better sense of it all, below is a graphic that describes how to size your album spreads depending on whether the print lab uses the "bleed" or "trim" terminology.  Let's look at an example of a 10x10 album.

Note: The example below covers the most common scenario, where there is no trimming on the inside page edges. Ask your print lab whether the album you are printing is trimmed on the inside pages (near the center of the album). If so, please also review the article on Inside trim & bleed fill. 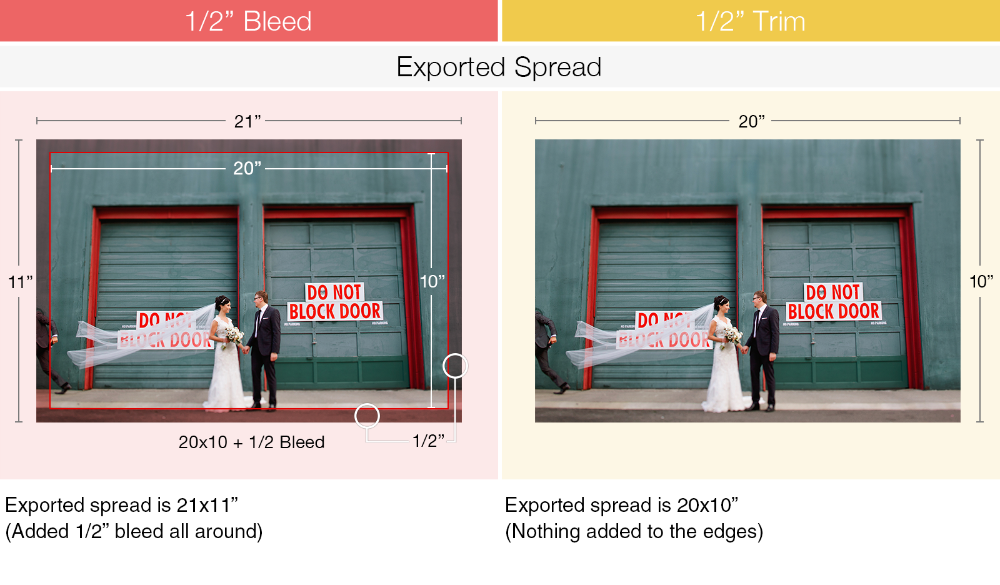 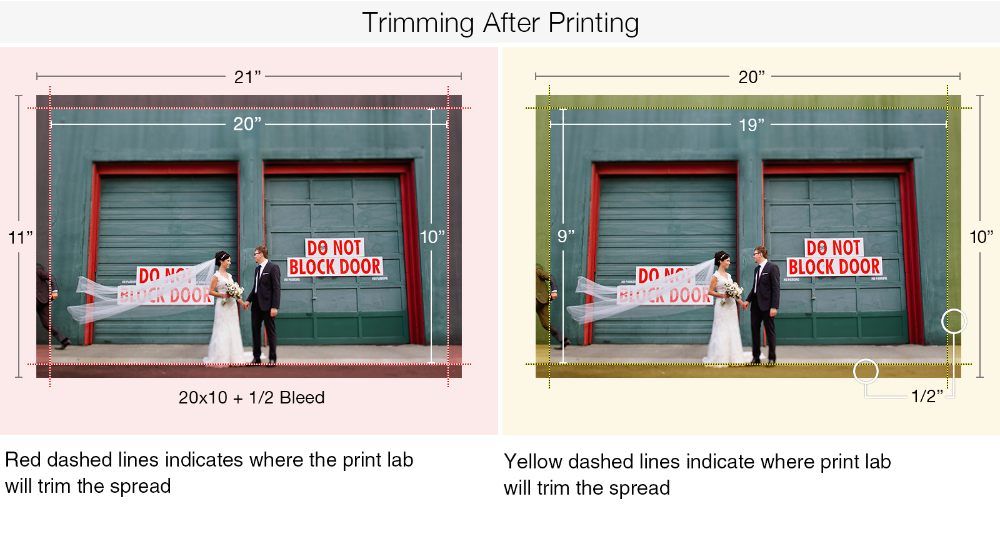 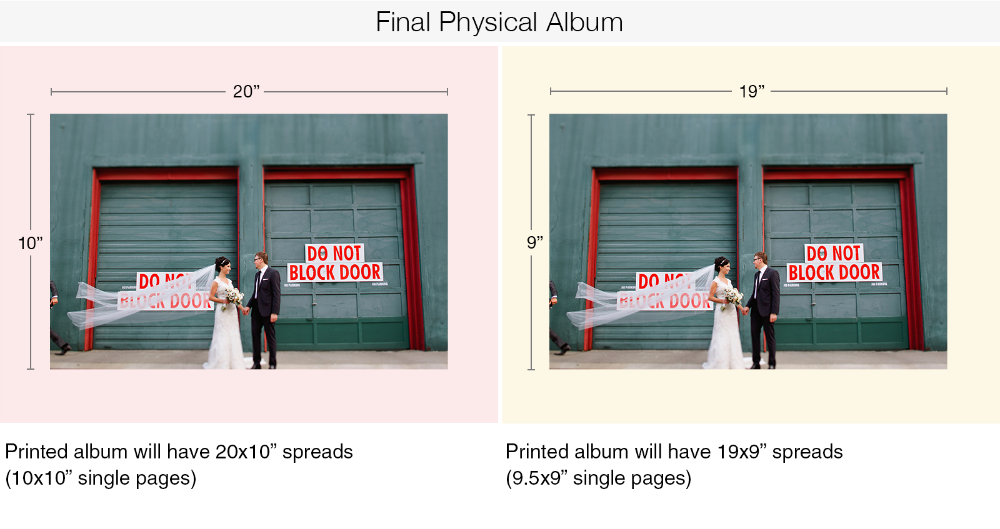 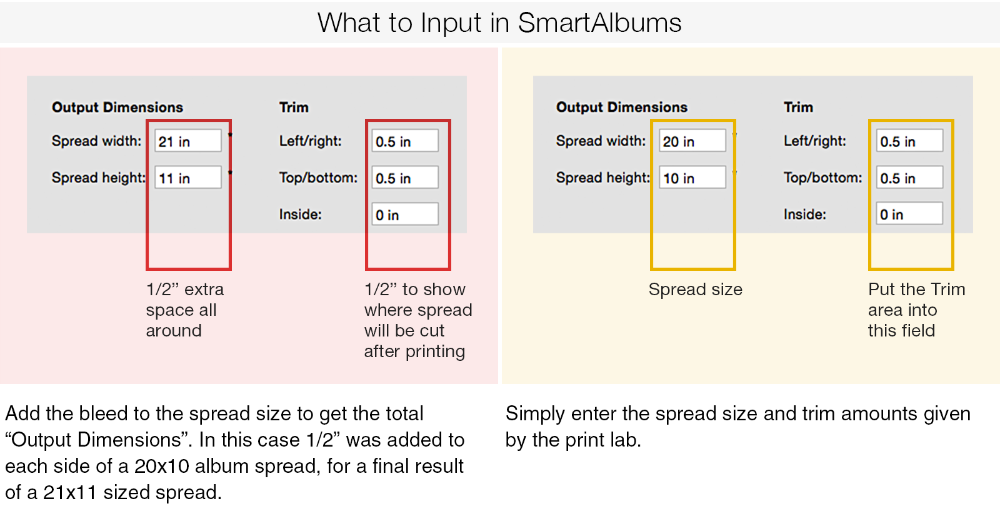 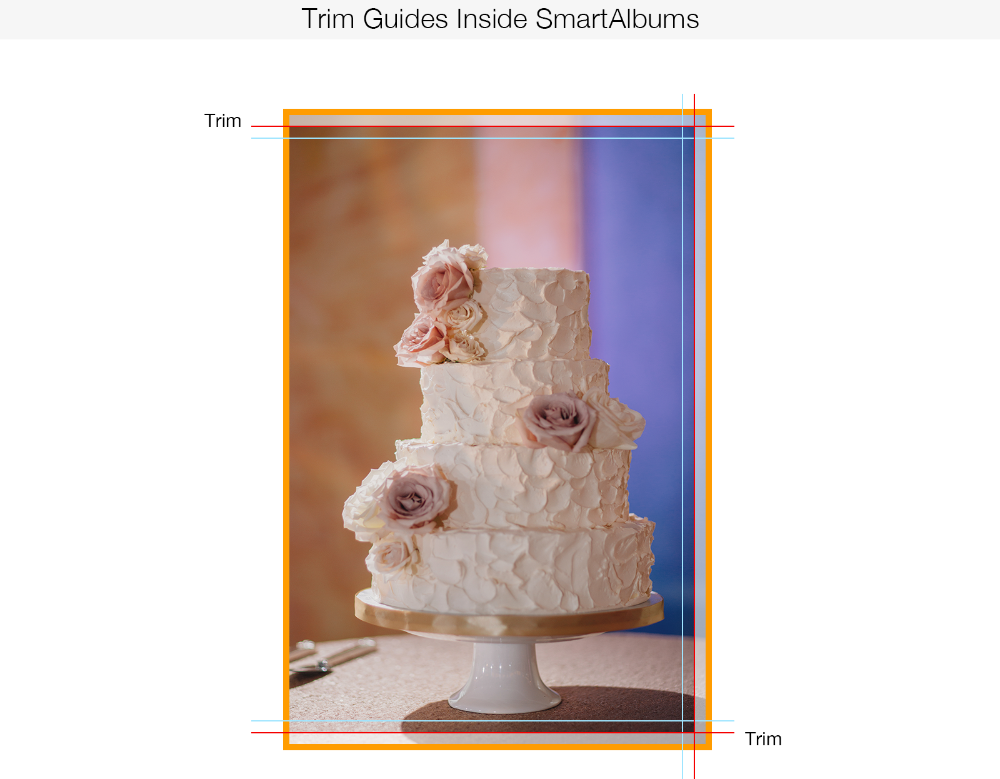 Realize that in the example on the left where we use "Bleed" terminology, the lab could choose to use the "Trim" terminology to communicate the same exact measurements.  The lab could say "Submit to us spreads that are 21x11 inches, and we will cut off 1/2 inch from each side".  In other words these two statements communicate the same exact specs: